CD PROJEKT RED this week said it will release Cyberpunk 2077 for Sony Corp.’s PlayStation 4, Microsoft Corp.’s Xbox One and the PC Nov. 19.

The title was scheduled to be sold Sept. 17.

A key character, Johnny Silverhand, is played by Keanu Reeves. Reeves provided his voice, appearance, and full-motion body capture for the character. 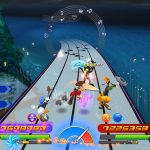 Next Story:
Minecraft Dungeons builds No. 15 at U.S. retail