The developer said the title is set a year after the events of Spider-Man in which a war between an energy corporation and a high-tech criminal army has broken out.

The title is said to include a new story, new set pieces, new villains, and unique quests.

It added that the game will include a full story arc and compared the title to Uncharted: The Lost Legacy, a stand-alone side story from the Uncharted franchise.

The final game is said to include near-instant load times, ray-tracing, 3D audio, and improved shading.

The previous title, Spider-Man, was released to the PS4 in 2018. 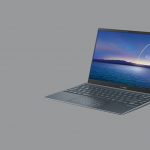