New titles to be released to the service include Minecraft Dungeons, Alan Wake, Cities: Skylines, and Plebby Quest: The Crusades. 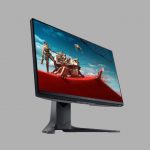