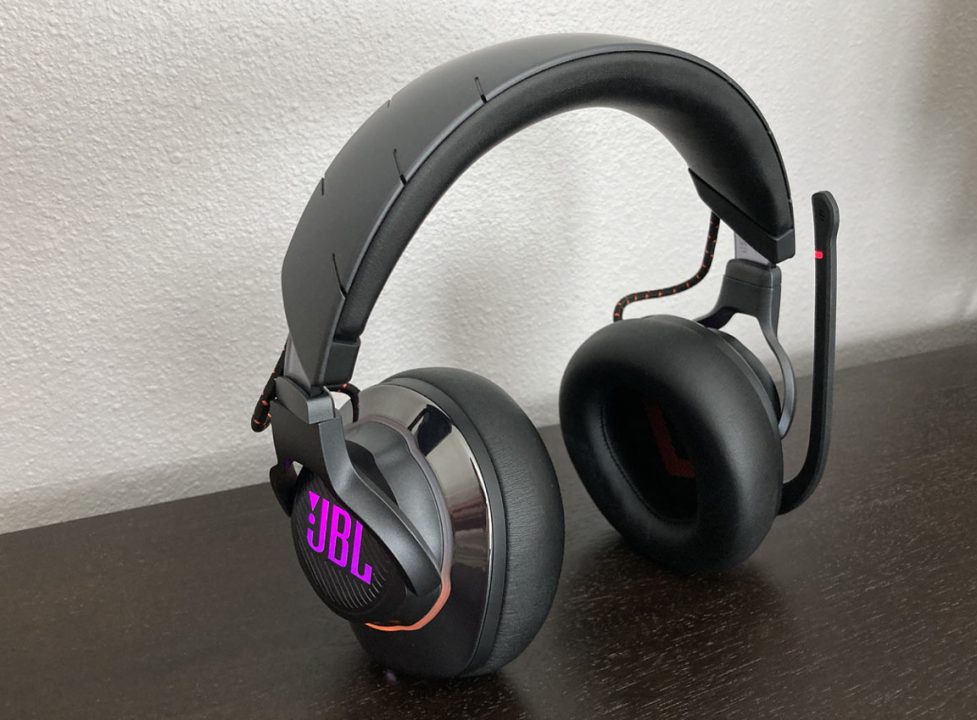 JBL, a veteran in the audio equipment space, has officially entered the gaming headset universe with the JBL Quantum lineup. The JBL Quantum 800 gaming headset is an excellent debut in the premium product range that provides stellar sound and crisp clarity for demanding game sessions.

Though mostly plastic, the headset has a solid build. It’s comfortable (even with a large head), lightweight in construction at just under one pound, and has leather-wrapped memory foam cushions. The left rear ear cup holds the bulk of the controls with the TalkThru button, Game to Chat balance dial, Volume dial, and Microphone Mute button. By touch it can be hard to discern between all the controls, and different textures or materials could have helped solve the issue. The right ear cup holds only the power on/off slider.

Testing the JBL Quantum 800 on PC running Resident Evil 2, the results were phenomenal. The headset, wireless or wired, provided strong bass in the lows, powerful mid levels, and crisp highs throughout. In-game vocals remained loud and clear despite surrounding destruction, and the headset handled all types of effects, from explosions to firearms to footsteps, with ease. In addition, the 2.4Ghz and Bluetooth 5.0 connection yielded zero distortion or lag and kept up for hours of gaming. Wireless functionality is compatible with PlayStation 4, PC, Mac, VR, and Bluetooth-enabled devices.

The in-game microphone quality was decent on both console and PC. The headset and the 3.5mm cord each include a mute switch, or the mic can be flipped up at any time to automatically engage the mute function. PC users can adjust settings further with the JBL QuantumENGINE software.

The JBL QuantumENGINE software for PC is functional. In addition to status indicators for Volume, Microphone, chat to game balance, battery life and wireless connection, it allows owners to customize the Equalizer with six pre-sets, Lighting, Spatial Sound (QuantumSURROUND 7.1 or DTX headphone:X v2.0), and Microphone volume for multiple user profiles.

The QuantumSURROUND platform is said to add overhead channels for cinematic sound, and between PC and console performance, the PC definitely has the edge in sound quality.

Lighting effects can be fine-tuned from the JBL logo the outer ring for some impressive configurations that resemble a full gaming desktop PC. RGB lighting changes were immediately reflected in our software test. While it’s purely for flash and can’t be seen when worn, players could configure settings to match their team colors for an e-sports event. For those who want to opt out of lighting and conserve battery, the lights can be switched off in the JBL QuantumENGINE software.

Using the software, our first system software update ended in error. However, the on-screen prompts to re-download software and reconnect the headset corrected the issue. A second update installed the latest update without a hitch.

Battery life is solid at 14-hours with RGB lighting turned off. A full charge takes just two hours via USB-C.

The JBL Quantum 800 gaming headset is a strong contender in a heated battlefield. The sound engine performs spectacularly on all fronts. While the premium sound option isn’t cheap and does have few drawbacks, the headset delivers a crackling and immersive experience. 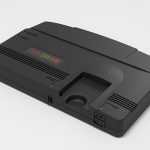 Next Story:
TurboGrafx-16 Mini to deploy this week