Sony Corp. this week said it sold more than 13 million PlayStation 4 units in the fiscal year amid a decline in revenue from the Game and Network Services division. 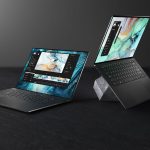