The Legend of Zelda: Breath of the Wild Nintendo Switch sells 17M units

Nintendo Co., Ltd. this month said The Legend of Zelda: Breath of the Wild for the Nintendo Switch has sold more than 17 million units at global retail. 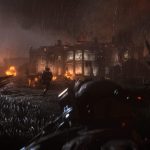 Next Story:
Resident Evil 3 No. 6 PSN download in Apr.