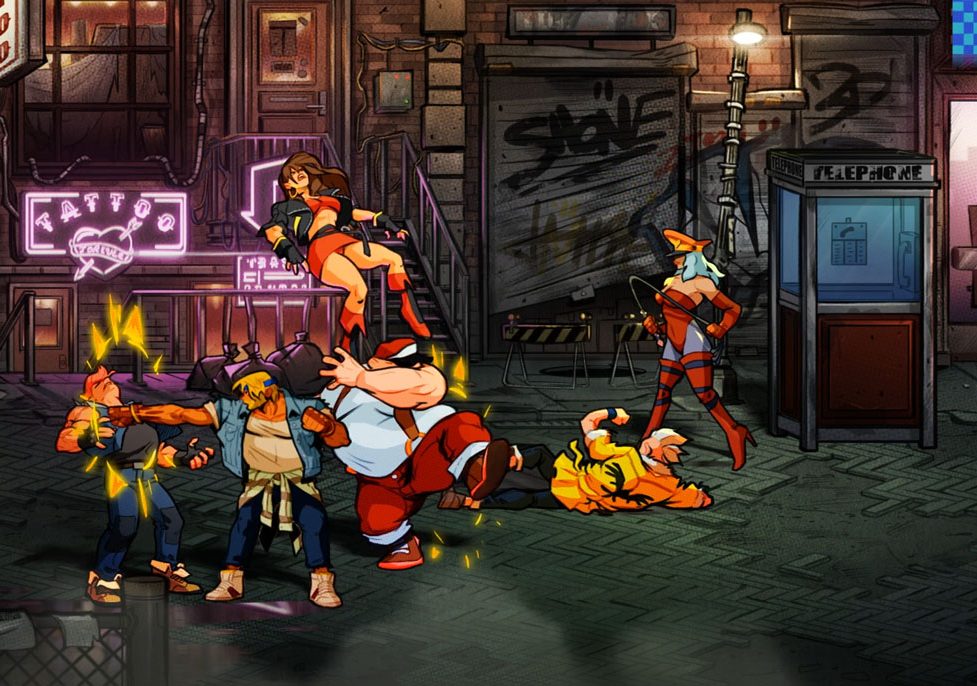 It’s time to pick up the braised chicken because Streets of Rage is back. 25 years later, Streets of Rage 4 delivers a strong combo of classic gameplay, updated graphics, and new gang of enemies to pummel.

Having owned all three Streets of Rage titles for the Sega Genesis, the developers have definitely managed to bring back the renowned combat that made the franchise a classic. Gameplay is snappy with the Attack button initiating combos that the transition to hold attacks, reversals, throws, and juggles. Double-tap specials like Axel’s classic Grand Upper are back, and new specials can pause the screen and cause damage to all nearby foes.

Enemies are compelling and range from standard mohawk grunts to new biker babes. Bosses are equally entertaining with quick movements, some unblockable attacks, and fun designs.

The graphics engine is sharp at 60 frames-per-second. The new hand-drawn artwork plays beautifully and injects plenty of personality to each character. The 12 stages are also very well constructed, with plenty of beat-em-up staples and destructible oil barrels to keep fans smashing away.

Music tracks in the game are a moody throwback to techno-fused symphony pioneered by the franchise. The soundtrack includes contributions from a range of composers, including franchise veteran Yuzō Koshiro.

The online component can yield lag on the PC, with frame rates, at times, cut in half. While the game never disconnected, a patch to improve the net code is a must. The final game includes two-player online functionality and four-player local co-op.

Streets of Rage 4 successfully recaptures the gameplay from the franchise and adds enough new mechanics to keep it slick for modern brawlers. With a range of extras to unlock, including sprite-based characters from the original games, this nostalgic beat down is a winner.