Braveland Trilogy is a turn-based strategy game, Retro Tanks is a tank shooter action title, and Obduction is a sci-fi adventure from the creators of Myst.

Obduction is Xbox One X Enhanced. 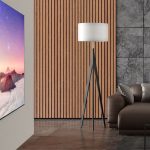 Next Story:
Xbox One sells 51 units in Japan Apr. 5 data