New titles released to the service include Power Rangers: Battle for the Grid, and Astrologaster. 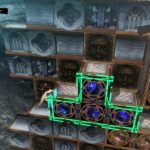