Concurrently, the company delayed the Open Beta for Sony Corp.’s PlayStation 4 and the PC due to technical issues.

Open Beta test operation times are between Mar. 27 to Apr. 3.

Resident Evil Resistance, to be included in Resident Evil 3, is a 4v1 multiplayer game in which four survivors cooperate to escape the Mastermind, a user who creates deadly obstacles and traps.

Maps include Casino and Abandoned Park. 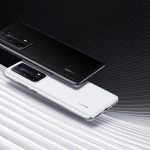