Microsoft Corp. this month confirmed the Xbox Series X hardware will be backwards compatible with thousands of Xbox games at launch.

The company said it has spent more than 100,000 hours testing game titles from the Xbox One, Xbox 360, and the Xbox. 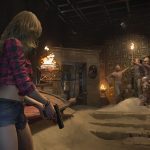