DOOM Eternal is the latest installment in the first-person shooter franchise.

New enemies include reimagined demons from classic DOOM titles including the Arachnotron.

Finally, demons are destructible with weapons able to take out chunks of armor.

The Nintendo Switch SKU will be released at a to be determined date. 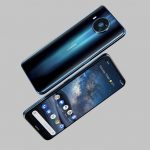