Explosive Jake is a top-down arcade action title that is Xbox One X Enhanced; Red Death is a vertical shooter; and Thunder Paw is a side-scrolling platform title. 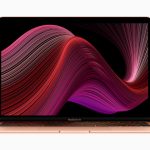