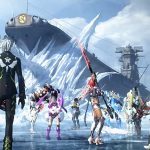 Next Story:
Overpass, R.B.I. Baseball 20, La-Mulana drop to Xbox One