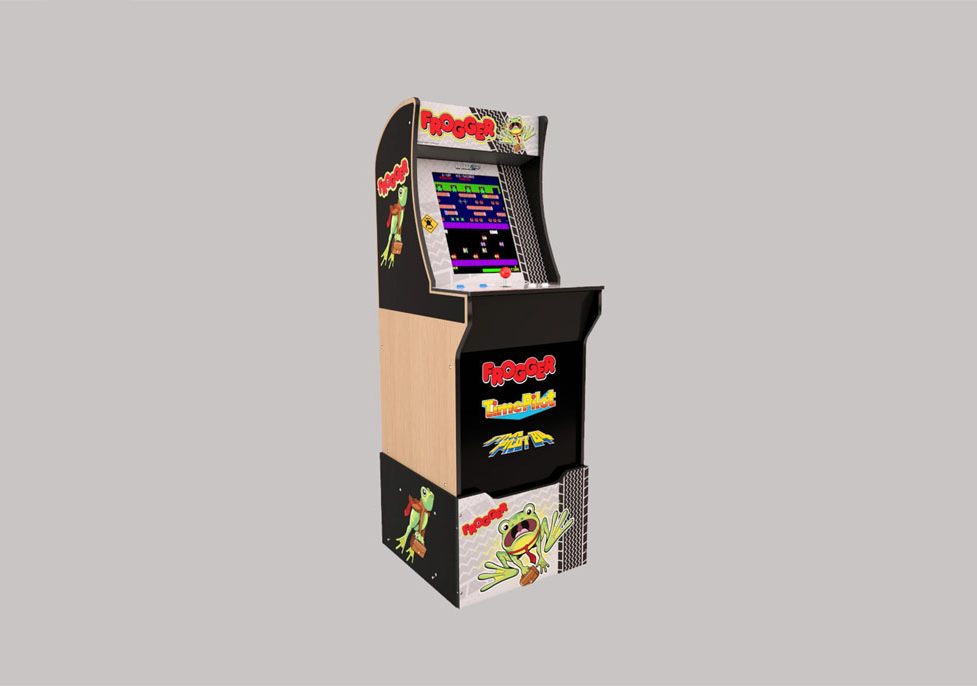 The ¾ scale arcade cabinet will include Frogger, Time Pilot, and Time Pilot 84.

It will be sold in July.

The Frogger Arcade Cabinet with Riser and Stool pre-order is sold at GameStop at $499.99.