Byleth is the mercenary and professor in Fire Emblem: Three Houses. The fighter has a ranged fight style. Byleth, the Garreg Mach Monastery stage and 11 new music tracks are included in the Super Smash Bros Ultimate Fighters Pass at $24.99 or Challenger Pack 5 at $5.99. 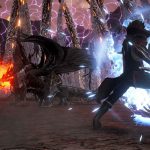