Capcom Co., Ltd. this week released the Nemesis Trailer for Resident Evil 3 for Sony Corp.’s PlayStation 4, Microsoft Corp.’s Xbox One and the PC.

The trailer previews the Nemesis as he stalks Jill Valentine with a flame thrower and tentacle attack. 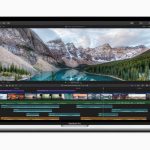