PLAYSTATION 4 • SAVE DATA • XBOX ONE 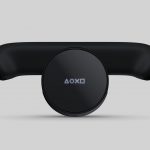 Next Story:
Minecraft: Xbox One Edition No. 34 at UK retail