The Stadia Pro subscription is sold at $9.99 per month and includes 4K, 60FPS streaming in addition to a library of free games, including Destiny 2: The Collection.

The platform is integrated into YouTube to allow users to play a game title from a YouTube page in as little has five seconds.

The Stadia controller includes a standard console analog and button array. The controller will have one-button access to Google Assistant and connect via Wi-Fi to a game-specific server. 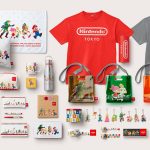