Activision Blizzard Inc. this week released Hardpoint and new maps to Hardpoint is a game mode in which opposing teams must secure and defend a point on the map.

The DLC is available at no cost. 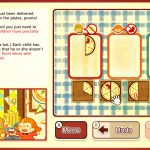