The hardware sold 7,362 units the week prior.

Call of Duty: Modern Warfare ranked as the No. 1 software selling 117,670 units for the period.

The Game and Network Services division, which includes the PlayStation business, recorded revenue of $4.23 billion. It held a operating income of $605 million. 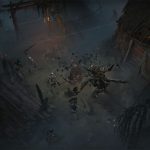 Next Story:
Xbox One sells 81 units in Japan