Monster Hunter: World Iceborne to trek to PC in Jan.

The PC SKU will include the high resolution texture pack, custom graphics settings, and DirectX 12 support.

The first title update, to include Rajang, the Raccoon City collaboration, and Your Room updates, will be released in Feb. 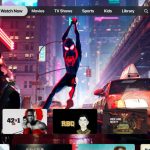