The platform will be integrated into YouTube to allow users to play a game title from a YouTube page in as little has five seconds.

The Stadia controller will include a standard console analog and button array. The controller will have one-button access to Google Assistant and connect via Wi-Fi to a game-specific server. 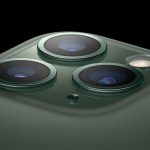