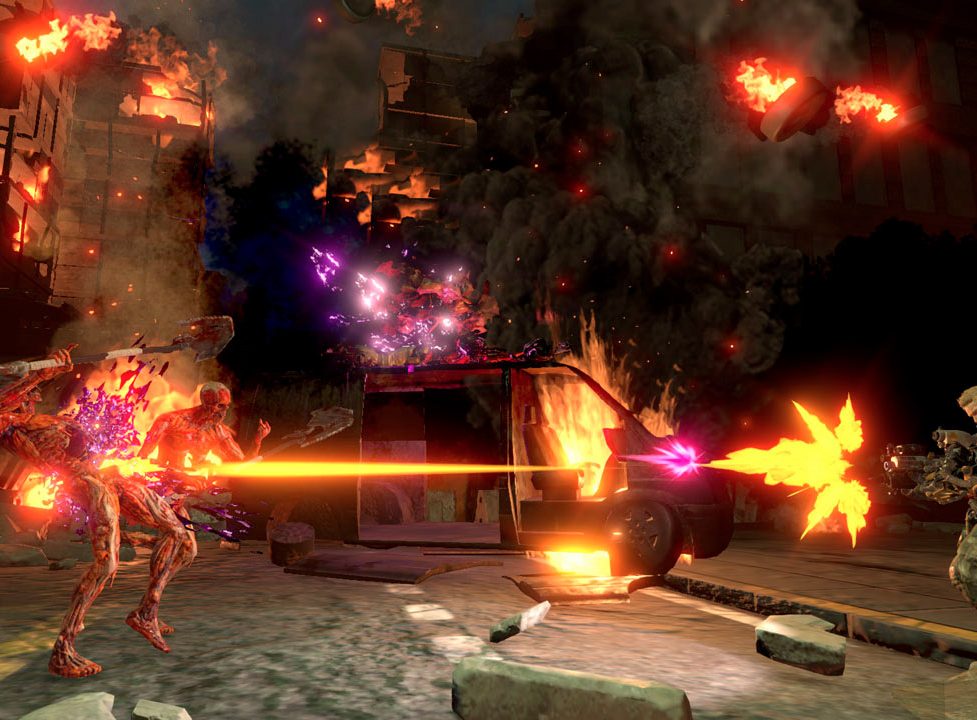 The title is said to include fast-paced run-and-gun gameplay, customizable characters, upgradable stats, and a single-player campaign mode.

The final game will include PVP game modes and local co-op and online multiplayer for up to four users.