Xbox One sells 97 units in Japan

Famitsu this week reported that the Xbox One sold 97 units, including 62 Xbox One X units to rank as the No. 4 hardware between Sept. 9 and Sept. 15.

The hardware sold 65 units to rank fifth the week prior.

In Q4, Microsoft said gaming revenue totaled $2.05 billion, a 10 percent decline from one year prior. 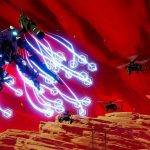 Next Story:
Nintendo Switch No. 1; Daemon X Machina No. 4 in Japan