Trials of Mana to trek Nintendo Switch in Apr.

Trials of Mana is a 3D remake of the Seiken Densetsu 3, released in 1993 in Japan. The title was recently included in the Collection of Mana.

The final game will utilize the Unreal Engine.

Previous Story:
Nintendo Switch No. 1; Astral Chain No. 2 in Japan 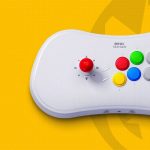