The Beta, to be held Sept. 5 to Sept. 9, includes up to four-player co-op functionality to complete two missions, side missions and daily Fraction Missions in four regions of the open world.

Ghost Recon Breakpoint is a third-person squad shooter set in an open world for land, sea, and air battles against former Ghosts who have betrayed the country.

The title will include a new injury system to reduce combat effectiveness, terrain impacts to stamina, adaptive cover options, customizable classes, upgradeable weapons, and a buddy carry system to move an ally to safety.

The final game will support jump-in, jump-out co-op functionality for up to four users. 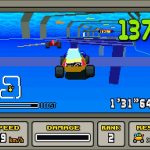