Google will sell the Stadia streaming game platform in Nov. at $129.

Stadia is said to offer up to 4K, 60 frames-per-second HDR streaming from a Chrome browser. The platform will be integrated into YouTube to allow users to play a game title from a YouTube page in as little has five seconds. 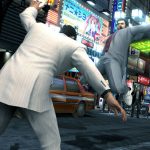