The Undead Sea is a free DLC includes a new mission in Tokyo where users battle zombies in an infested ferry.

World War Z is a third-person shooting title based on the Paramount Pictures film.

The title sold more than two million units to date. 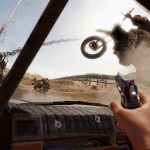 Next Story:
Destiny 2: Shadowkeep to raid in Sept.