Famitsu this week reported the PS4 sold 9,642 units between May 20 and May 26 to rank at No. 2 in overall hardware sales.

Team Sonic Racing as the No. 16 software selling 2,432 units for the week. 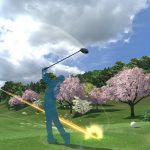 Next Story:
Xbox One sells 92 units at Japan retail