The Pokémon Company this week said it will release Pokémon Sleep, a new app that will track sleeping time.

The application will work in conjunction with the new Pokémon GO Plus +, a device that can be placed next to the user to track time spent sleeping. The data is subsequently sent to a smartphone via Bluetooth.

In addition, the Pokémon GO Plus + works to catch Pokémon and collect items like the prior version.

Nintendo Co., Ltd. and Niantic Labs released Pokémon GO in 2016. The two companies will partner to develop Pokémon Masters, a new battle game that will include Pokémon Masters from the main series RPGs. 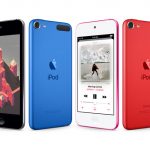