In Apr. 2019 data, Sekiro: Shadows Die Twice ranked as the No. 7 best-selling software across all platforms.

It ranked at No. 2 the month prior. 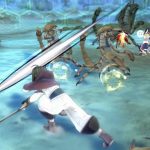 Next Story:
The Division 2 secures No. 4 sales in Apr.