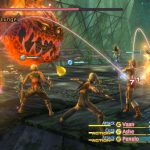 Next Story:
Final Fantasy XII: The Zodiac Age treks to Xbox One