In The Legend of Zelda: Breath of the Wild, owners can play the full game with the Toy-Con VR Goggles. 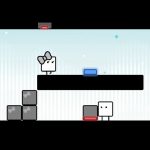