World War Z is a third-person shooting title based on the Paramount Pictures film. 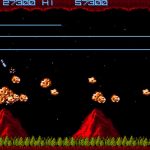