Mark Cerny, lead architect for the PS4 and its successor, told Wired that the hardware will include an eight-core AMD Ryzen CPU based on the 7nm Zen 2 architecture at 3.5Ghz variable frequency. The custom Radeon GPU will include 36 compute units at 2.23Ghz for 10.28 TFLOPs capability, 8K graphics support, and ray-tracing to model the travel of light against 3D models. 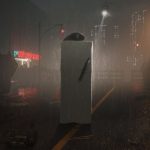 Next Story:
Resident Evil 2 lurks No. 31 sales in the UK