Nintendo Co., Ltd. will release two new Nintendo Switch hardware SKUs this year according to a report from The Wall Street Journal.

The publication this week said Nintendo will released a premium hardware SKU for enthusiast players and a cheaper model that could succeed the current Nintendo 3DS handheld.

It added that both new models could be announced in June and released several months later.

In Q1, Nintendo recorded an operating profit of $272 million from $1.51 billion in revenue.

Between Apr. to June, the Nintendo Switch sold 1.88 million units.

In addition, it sold 17.96 million units of software in the period.

The company expects to sell 20 million Nintendo Switch units by the end of Mar. 2019. 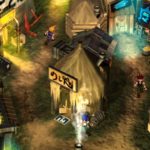