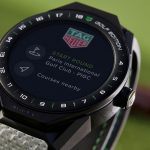 Next Story:
Judgment character model to change in U.S. release