The trailer features titles included in the compilation and new additions like Rewind and Gallery.

In addition, the collection includes both home and arcade versions of select titles. 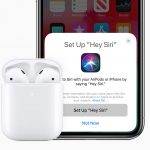