The company said it is aware of a crashing issue and is asking users to submit their PlayStation 4 console type, PSN ID, and crash information.

Owners claim the crash can occur at any time during play and requires a complete system reboot. 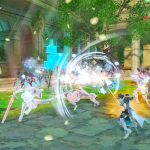 Next Story:
Fate/EXTELLA LINK to trek Nintendo Switch this month