Anthem to deploy to PS4, Xbox One, PC this week

EA Inc. this week will release Anthem to Sony Corp.’s PlayStation 4, Microsoft Corp.’s Xbox One, and the PC.

Customers who pre-order the Anthem Standard Edition will receive the Legion of Dawn Legendary Ranger Armor Pack and Weapon, VIP Access to Pre-Launch Demos, and the Founders Player Banner. 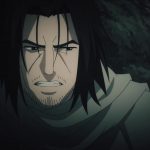