Kingdom Hearts III ranked as the No. 2 software selling 35,450 units for the week.

The PS4 has sold 94.2 million units at global retail to date.

The Game and Network Services division, which includes the PlayStation business, recorded revenue of $7.26 billion. It held a operating income of $670 million, down 14 percent from the year prior. 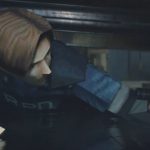 Next Story:
Xbox One sells 145 units at Japan retail