PS4 No. 2; Tales of Vesperia: Definitive Edition No. 3 in Japan

Tales of Vesperia: Definitive Edition ranked as the No. 3 software selling 41,510 units for the week.

The PS4 has sold 91.6 million units at global retail to date. 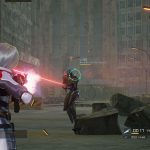 Next Story:
Xbox One sells 50 units at Japan retail