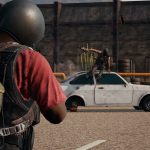 Next Story:
Player Unknown’s Battlegrounds to flank PS4 this week