In addition, the title is the most pre-sold Super Smash Bros. in franchise history. 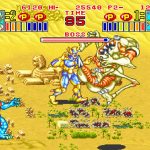