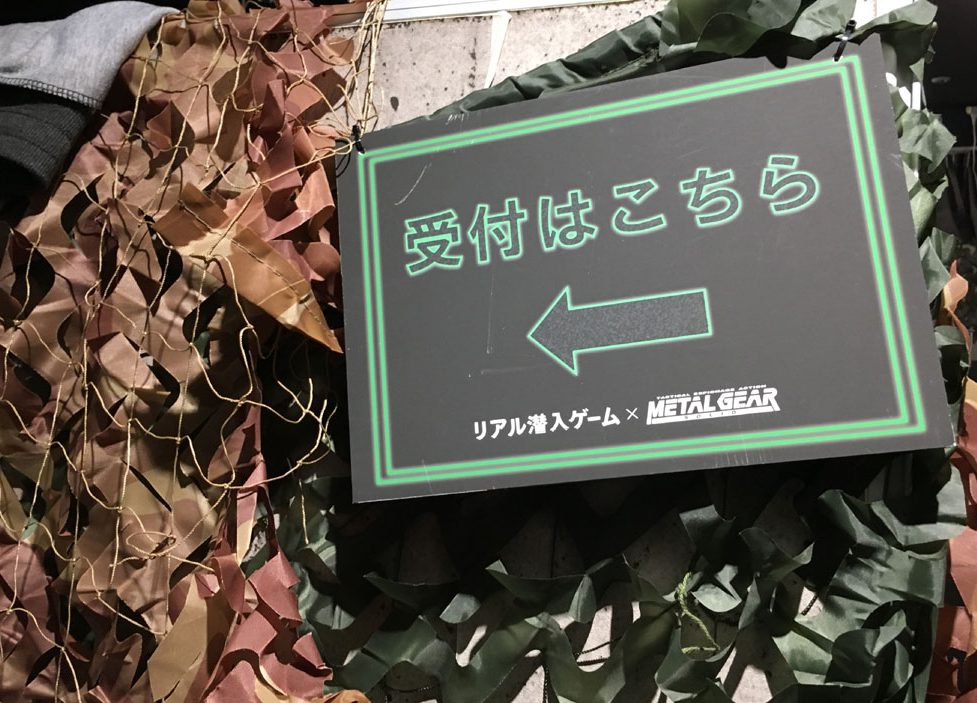 In the simulation, up to three players can infiltrate the enemy base to sneak past guards, steal access codes, interrogate enemies for information, and finally destroy the nuclear weapon Metal Gear.

Pre-mission, users are provided a sneaking suit vest and one codec device (tablet) to receive communications from Otacon. A total of 15 minutes is granted to complete the mission and each enemy shot deducts precious mission time from the team. Users can earn time back by scanning rations littered throughout the base. In addition, key code access can be obtained by placing the tablet against wall-mounted circle icons.

After a quick debrief by a support agent code-named Mouse, players unlock the first door into the warehouse and the full Metal Gear experience begins.

Team members enter a warehouse that includes patrolling guards who walk in a pre-determined search pattern. Each member can hide behind a maze-like pattern of walls, many of which are short in height and require trademark crouching and crawling. When the guards are alerted, they shout and quickly walk to the point of suspicion.

The main warehouse leads to multiple rooms, each of which must be entered to unlock new information. The locker room, one of the most difficult puzzles in the game, requires users to solve an access code riddle while a guard routinely sweeps the room. In my session, a teammate successfully hid in a box, while I quickly scrambled to fit in mine. When the guard entered, a caution tag and exclamation point projected on a wall behind the solider in conjunction with alert music from the game. When the guard looked at my awkward hiding position, he kicked the box off my body, shot me, and continued his patrol back outside the room. In a second sweep, my partner and keenly hid in the lockers and were not discovered by the guard in second pass.

Another highly difficult task is moving past a security room guarded by lasers, a camera system, and an android. The lasers, carefully constructed in the room with orange yarn and bells, requires users to carefully contort their body to avoid detection. If not each member is shot by an android, played by a monotone actor.

The entire experience is suspenseful, nerve-wracking, exhausting, and everything a Metal Gear fan would expect. In the final stretch, my team destroyed Metal Gear and received an S rank grade with a total mission time of under 40 minutes. Post mission, team members can take pictures at a photo booth that includes handguns, boxes, a question mark, an exclamation mark, and the Metal Gear Solid logo. The main lobby offers a small section of Metal Gear Solid merchandise including clear files, stickers and a mini replica of ‘The Orange’ cardboard box.

Advanced tickets can be purchased at the Tokyo Mystery Circus website or tickets can purchased at a markup at the door. Game instructions and codec text can be set to Japanese, English or Chinese. 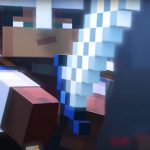