Sony previously held a closed platform policy that did not include cross-platform functionality between other consoles.

Previous Story:
PS4 No. 2; Spider-Man defends No. 1 in Japan 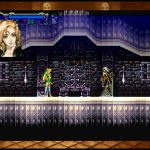 Next Story:
Castlevania: Symphony of the Night and Rondo of Blood to whip PS4