EA Inc. this week released the Gameplay Features Trailer for Anthem to Sony Corp.’s PlayStation 4, Microsoft Corp.’s Xbox One, and the PC.

The trailer previews the co-op campaign and solo and co-op free play options. 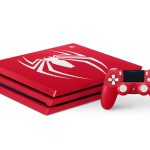