Valkyria Chronicles to deploy to Nintendo Switch in Oct.

The title, which will include all DLC from the original release, will be sold in digital format at the Nintendo eShop at $19.99.

Valkyria Chronicles 4 will be released Sept. 25. 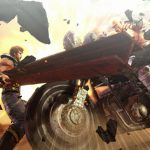