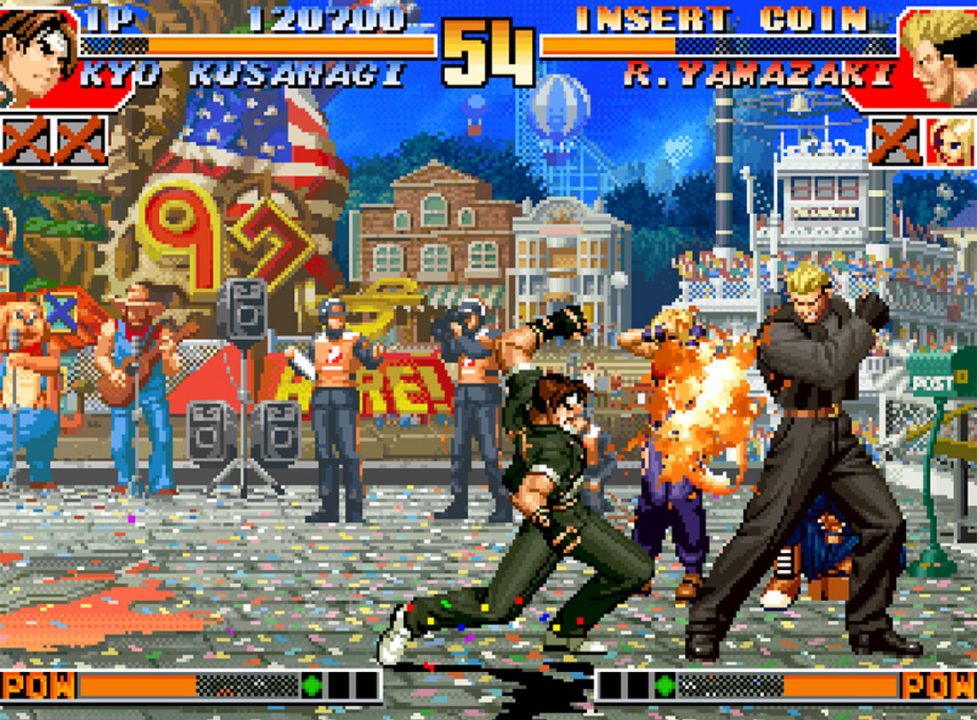 Developed by SNK Corp., The King of Fighters ’97 is a fighting game released to the Neo Geo in 1997. The title includes 29 characters, and ADVANCED and EXTRA modes.